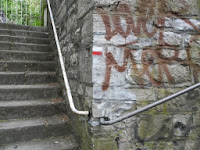 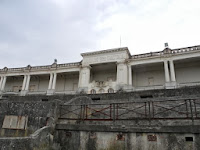 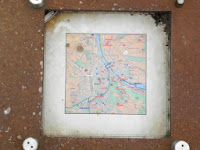 Some days there are a lot of thoughts, some days there are little words. Today was one. Leaving Namur, getting lost in the roads around the big fortress overlooking the city. I managed to get to Bois-de-Villiers, slept at the edge of the Siberian Plateau. It was the first warm night.

In the morning I had had breakfast at the hotel. Everything had been yellow again. Strange.
I had started the day with John Cage's Six Melodies, the first one in particular. Ivar had asked me to think about longing.

A friend told me that while I was staring into a yellow distance, following two railway tracks with my eyes, wondering where they would lead me, our former prime-minister was on t.v. He was a good guy. At least in the beginning of his career. He left the arena though, stepped out of politics. Makes you wonder.
The program is called "Zomergasten", "Summer guests". Prominent people from all fields have three hours to show their favorite t.v. fragments. Wouter Bos started with a poem.

The Road Not Taken

Two roads diverged in a yellow wood,
And sorry I could not travel both
And be one traveler, long I stood
And looked down one as far as I could
To where it bent in the undergrowth;

Then took the other, as just as fair,
And having perhaps the better claim
Because it was grassy and wanted wear,
Though as for that the passing there
Had worn them really about the same,

And both that morning equally lay
In leaves no step had trodden black.
Oh, I kept the first for another day!
Yet knowing how way leads on to way
I doubted if I should ever come back.

I shall be telling this with a sigh
Somewhere ages and ages hence:
Two roads diverged in a wood, and I,
I took the one less traveled by,
And that has made all the difference. 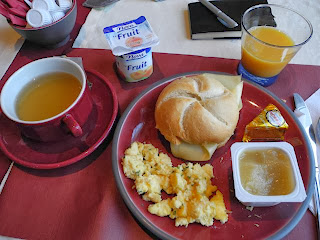