I mentioned it before, the Sideways Festival I walked in last year. Actually Dee, with whom I walked yesterday, was the author of the project I was involved in, the Walking Library. This library was carried around on the backs of Walking Librarians. The library consisted of books chosen according to the following question: what book would you bring on a long walk if you would only be allowed to bring one book?

I chose Italo Calvino's Invisible Cities. The book has everything. After I carried it around in Belgium as part of the library, being read by many people, I took the book home  to reread it myself. Not the words though but the traces people had left. Stains, folds, cracks, tears, dog ears.

When I got a tattoo, I chose a font with a similar name as one of the Invisible Cities: Euphemia.

Vera and Renée didn't know all this when they sent me the last part of the book to read on their day:

The Great Khan's atlas contains also the maps of the promised lands visited in thought but not yet discovered or founded: New Atlantis, Utopia, the City of the Sun, Oceana, Tamoe, New Harmony, New Lanark, Icaria.
Kublai asked Marco: 'You, who go about exploring and who see signs, can tell me towards which of these futures the favouring winds are driving us.'
'For these ports I could not draw a route on the map or set a date for the landing. At times all I need is a brief glimpse, an opening in the midst of an incongruous landscape, a glint of lights in the fog, the dialogue of two passersby meeting in the crowd, and I think that, setting out from there, I will put
together, piece by piece, the perfect city, made of fragments mixed with the rest, of instants separated by intervals, of signals one sends out, not knowing who receives them. If I tell you that the city towards which my journey tends is discontinuous in space and time, now scattered, now more condensed, you must not believe the search for it can stop. Perhaps while we speak, it is rising, scattered, within the confines of your empire; you can hunt for it, but only in the way I have said.'
Already the Great Khan was leafing through his atlas, over the maps of the cities that menace in nightmares and maledictions: Enoch, Babylon, Yahooland, Butua, Brave New World.
He said: 'It is all useless, if the last landing-place can only be the infernal city, and it is there that, in ever- narrowing circles, the current is drawing us.'
And Polo said: 'The inferno of the living is not something that will be; if there is one, it is what is already here, the inferno where we live every day, that we form by being together. There are two ways to escape suffering it. The first is easy for many: accept the inferno and become such a part of it that you can no longer see it. The second is risky and demands constant vigilance and apprehension: seek and learn to recognize who and what, in the midst of the inferno, are not inferno, then make them endure, give them space.'

The things I saw that day and remembered are many. I might have to invent new words to write them down. I might need to place them in the context of 40 walking days. Take that day out of the row and rebuilt it, construct it with the memories of other days as a basis. I will do that. Once I've arrived. In the temporal village I am heading towards. 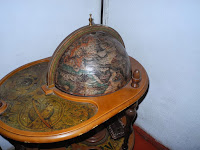 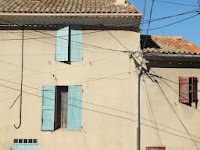 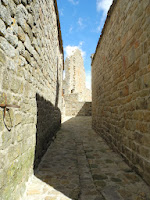