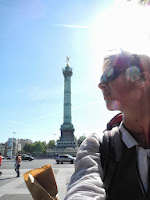 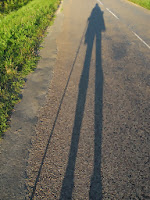 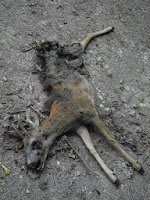 A strange detour. Paris. I didn't really want to but it was time to be in the middle of things, in the middle of my journey, in the middle of my route. I just wanted to go south but apparently there was no other way, so I went and I walked. I crossed the big city from west to south to change train stations. It worried me how at ease I felt walking in a big city. But at the same time I couldn't wait to get out. Something got lost since I entered Reims and I hoped I would find it again on the road to Vezelay.

I almost met a friend in Paris. I was supposed to arrive at 12.34. He tried to leave his work early but in the end he didn't. And I missed my train in Reims for good reasons. So we both weren't there. When I finally arrived around 2.30 I kept an eye out for him although I knew for sure he wouldn't be there. I imagined I would bump into him on a streetcorner when I walked through Paris but I didn't. And in the end I think I liked the opportunity to meet him better than I would have liked meeting him there at that moment in the middle of things. He wrote to me that apparently our meeting wasn't supposed to happen on that day but I don't believe it works like that. Things happen or they don't. For no reason.

At the end of the day I found myself in the wrong train.  I got off and walked. It was past 7 already, the sun setting. It was tempting to just stay there and put up my tent in a field, but I knew there was a campsite nearby. When it turned dark I saw a deer at the far end of a field keeping an eye on me. 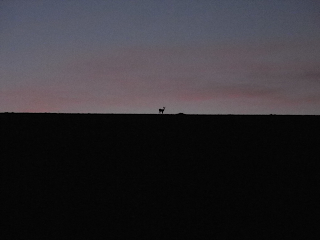