Day 2. Walking with Fletcher the Butler

I walked from the west of Amsterdam to the Central Station, took a train to Utrecht and crossed the centre of the city where I once lived and studied medieval  history. I was on my way to the Jacob's Society, an association for walkers and pilgrims to buy the walking guide I had so urgently been waiting for in Amsterdam, the Via Monastica from Den Bosch to Roicrot in Belgium. Planning a route yourself can be complicated, especially if you want to avoid busy roads and big cities or staring at your gps half of the time.
I found their office at the St. Jan's Church, a beautiful location, a majestic office. The man in charge welcomed me and shook my hand. But when he asked me if I was a member and I said no, he shook his head."Then you can't buy books here." I was surprised, asked him if he couldn't make an exception, explained the urgency of the matter, told him I had just started a long journey to the south of france and needed the book to guide me through Belgium, but he said "Rules are rules." I asked him if his association wasn't willing to help walkers with a good cause, explained my project to him, but he told me that it wasn't how the world worked. If I wanted something from them, I had to become a member, pay contribution every year and a starting fee. How else would they be able to pay the rent for their office? I nodded. Yes, money and a fancy place to be, that is what the world is about. For a moment I considered becoming a member because it would make my walk so much easier but I just couldn't. Maybe his world didn't work like that but I wanted my world to work like that, or at least see if it could. So I left without the walking guide and wandered around Utrecht while Fletcher the Butler was walking the streets of Edinburgh, offering his services to people, offering his services for free and he had offered me to Pay Attention for me today, to walk with me. I payed attention too but sometimes it was hard and I wondered how Fletcher had been trained to master this skill, if he had special techniques.
I got lost, following the wrong river but discovered a part of Utrecht I had never seen before. I found a button and decided to send it to Fletcher, retraced my steps and found the right river. I walked along the Kromme Rijn, the Bended Rhine, and thought about the old days, my days as a student. I thought about Albert, with whom I had walked yesterday and who walked along this river with his father a long time ago. I ate the fruits I found along the path and continued walking until I reached the hostel near Bunnik. A beautiful building in a small forest. The perfect place.
I got a bed in a room, got yelled at by an Italian guy (who was the only other person in the room) because I was too tired to answer all his questions straight away. I asked him politely if I could have a moment of silence before getting into a conversation, get my backpack of my back, take off my shoes, sit down. He told me I had an attitude and should leave, I tried to talk to him but he refused to talk. I left. I got another room. Seven beds. I chose the one next to the window. I thought about writing. I thought about going to the bar for a beer. But I fell asleep and woke up at one and thought about the strange encounters that had marked the beginning and the ending of the day. I wondered what they ment but maybe they didn't mean anything. I thought of Fletcher the Butler and wondered if he was still Paying Attention. I payed him some attention to close off the day. Fell asleep again. 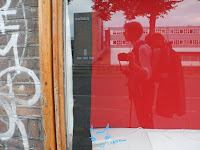 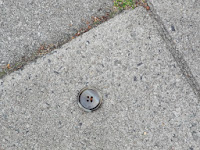 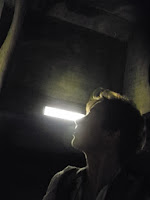